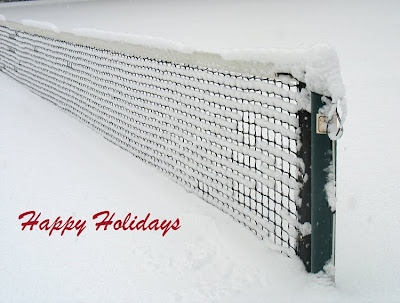 With January upon us, it’s time to role out my wish list for the 2011 tennis season. I always get a warm and fuzzy feeling when I put together a new wish list. Starting from scratch offers renewed hope that wishes can in fact, come true.

Looking back on 2010, a few of my tennis wishes did, in fact, materialize. Kim Clijsters shook up the top 10. And although Rafa didn’t hire a fashion consultant, his wardrobe choices were a bit easier on the eye.

There were a few wishes that didn’t exactly go my way. I was sure Justine Henin would win Wimbledon for the first time. Not easy to be wrong on that one. Thinking that Juan Martin del Potro would win another Grand Slam didn’t seem so far-fetched at the end of last year, but no one could have predicted that he’d be out for most of the season with a wrist injury. And still no hot chocolate at tournaments. I guess I’ll have to bring my own.

It is possible that last year’s wish list was a bit too ambitious. This year’s list is all about cautious optimism, with a hint of greed. Which is why I’ve decided to bump up my wish list to 20 (up from 10 last year). More wishes = more wishes granted, right?

1) With Serena Williams out of competition indefinitely and Elena Dementieva retired, the upcoming season will be an opportunity for the up-and-comers to break through. I hope to see the next great female player emerge from the pack this year. Jarmila Groth and Julia Goerges are a few names that come to mind.

2) For Rafael Nadal to win another Grand Slam is practically a given, but for him to repeat his 24-match winning streak (April 12-June 11) from 2010 would be astounding.

3) In 2010, we saw a few records broken. The Isner/Mahut first-round Wimbledon match is probably the one that stands out the most. The 11-hour, five-minute match was epic, freakish, mind-boggling, and exhausting all at the same time. How can anyone top that? My wish is that no one will.

4) Caroline Wozniacki will have a lot to prove in 2011 as a Slam-less No. 1 player. But at age 20, she has many more years left to reach that milestone. My wish is that she holds onto the No. 1 position for a full season. This will give her the credibility she needs to be considered the best in the world.

5) Serena Williams needs to hire a PR person to monitor her tweets. Seriously, how many tweets does she need to send just to convey how much she loves Green Day and shoes?

6) Microphones need to be removed from on-court coaching on the WTA Tour. Does anyone watching on TV ever remember what was said?

7) Dinara Safina will need to make a full recovery from her long-standing back problems to make a significant comeback on the WTA Tour. I hope she can regain her top form this coming season.

8) Welcome back, Juan Martin del Potro. My wish for him is to come back strong in 2011. That’s it. No hopes for a Grand Slam. Just play and see where he can go with his game.

9) Indian Wells has implemented more Hawk-Eye coverage for the 2011 season and beyond. I hope this encourages other tournaments to do the same.

10) My wish for Roger Federer is for him to earn two more Grand Slams in 2011, bringing his total to 18. It will be tough for him this year with Rafa being in top form, and Djokovic nipping at his heels. But I think the Swiss superstar has enough juice left in him to pull it off.

11) I’d like this year to be a time for the under-rated players to shine. Every player needs his or her day in the sun.

12) I’ve said it before, and I’ll say it again. Juan Martin del Potro needs to get a website.

13) Few moments tickled my funny bone more than when Kim Clijsters congratulated Italy’s Fed Cup team (via Twitter) for winning the final over the US team before they won. I’m hoping for more funny goofs like that in 2011.

14) Victoria Azarenka: Probably the only player to suffer a concussion in tennis. Granted, it was from an injury sustained prior to her match, but symptoms caused her pass out during her match. Fortunately, she made a full recovery. Azarenka definitely has the ability to take her game to further hights. I hope this year she's can make that climb.

15) I’d like to see the tennis season reformulated. Have the "regular" season end after the US Open, and begin the "post" season October 1, with X number players in the post-season race who qualify for play. Subsequent tournaments can serve as a race to the Championships, which can take place the first week of November. Fed Cup/Davis Cup finals after that.

16) I’d be happy if ONE Slam-less player could win one this year.

18) I’m hoping that Esther Vergeer (champion of wheelchair tennis who hasn’t lost a match since 2003), keeps her winning streak going, and serves as an inspiration for others to pick up the sport.

19) Venus Williams: I still haven’t decided if her on-court fashion choices are good for tennis or not, but her game definitely is. Here’s hoping that the 30-year-old remains injury-free this season.

20) Andy Roddick: I’m hoping he can pull of a BIG win this year, before injuries make it too difficult to reach for the stars.

Feel free to add your own wishes. Here’s to a competitive, dramatic, injury-free, and fun-filled 2011.
Posted by Paula Vergara at 5:05 PM No comments: 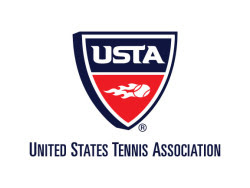 Over the next three years, the USTA plans to invest $5 million dollars in 100 markets to foster the growth of 10 and under tennis. The money will go towards marketing, training, courts, competition, schools, and equipment. The $5 million dollars will also be matched by USTA sections, district and/or state associations, as well as local associations. The average investment per market has been estimated at $50,000.

“There is nothing we can think of that is more central or more important at this time to growing participation, developing players, creating fans, etc. than this 10 and under initiative, says Scott Schultz, Managing Director, Recreational Tennis at the USTA. “If we are successful, every stakeholder in tennis wins -- clubs, pros, manufacturers, events, tennis publications...everyone.”

This new 10 and under tennis initiative will allow for more kids on a practice court, translating into higher revenue for clubs, coaches, and supervisors. In the 5-8 age group, there are some programs that are currently using six (36-foot) courts positioned sideways on one 78-foot court, with six kids per court. With up to 36 kids on one practice court, that can mean higher revenue for court time, per hour.

Some organizations have already begun to implement this system in competition on a smaller scale, setting up 2-4 courts on 36-foot courts. “For clubs and coaches that run these types of events, it is very beneficial, says Schultz, who also leads the 45-person team at USTA for 10 and under tennis. “You can get more kids per court competition, and since the scoring is much shorter than 2 out of 3 sets, the events don’t take as long.” According to Schultz, the 8 and under competition using the new ITF rule changes have already begun, using 36-foot courts, using a red foam ball. The new rules for 10 and under competition for USTA-sanctioned events won’t officially go into effect until 2012.

Posted by Paula Vergara at 5:50 PM No comments: 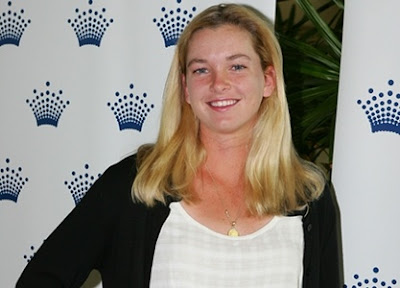 On the Baseline Tennis News
Dec. 3, 2010
It’s the most wonderful time of the year in tennis: The off-season. Sure, it lacks excitement. It’s quiet. The pressure’s off. There’s no drama. No injuries. No winners. No losers. Just what an off-season should be. This short break in the action provides an opportunity to look back at 2010—sort of a rewind and review.

When I was skimming through my 2010 tournament notes, I noticed a few pages that were marked with an asterisk (my way of finding the important stuff, or stuff that seemed important at the time). I stumbled upon one marked page with Coco Vandeweghe’s name on it–underlined. I have to admit, Coco’s name didn’t exactly leap off the page. It was more like a reminder for 2011, or a note to self: Keep an eye on this one.

I’m keeping an eye on Coco Vandeweghe for good reason. There’s plenty of room in American tennis for a newcomer. Despite some gutsy Fed Cup performances, and a much talked about 2009 U.S. Open run, Melanie Oudin hasn’t (yet) materialized into the next great American star. Bethanie Mattek-Sands has also been a clutch player in Fed Cup, and is now the third highest ranked American at No. 59, (she rose 70 points since 2009), but is still nowhere near the top 20. And what about Venus and Serena Williams? File them under TBD for now.

Coco Vandeweghe had already made her mark in tennis as a junior, winning the 2008 girls U.S. Open, but most people didn’t begin to notice Coco until this summer at the Mercury Insurance Open, when the 18-year-old Californian upset world No. 2 Vera Zvonareva (as a qualifier). She made it to the quarterfinals, only to lose a close match against Svetlana Kuznetsova.

Since this summer, Coco has been slowly and quietly making a name for herself.

At the end of September, Coco entered the Toray Pan Pacific Open in Tokyo as a qualifier. She went on to defeat five top 100 players en route to the semifinals: Julia Goerges, Tathiana Garbin, Jarmila Groth, Klara Zakopalova, and Aravane Rezai.

In November, Coco received the opportunity of a lifetime after both Venus and Serena Williams backed out of the Fed Cup final due to injury. U.S. Fed Cup Captain Mary Joe Fernandez chose Coco as a last-minute second singles player for the final vs. Italy. Coco was the first player since 1995 to make their Fed Cup debut in a final. Despite the risky decision, Fernandez stood by her choice.
“I decided with Coco, with her height, her serve, her ability to really hit the ball up here, that’s a good choice to start the day,” said Fernandez.

But just about everyone knew that the US team was the underdog going into the final against Italy, and needed some big guns to pull off a win. When Coco stepped onto the court in the opening rubber, it was clear that the 6’1” American was in over her head. She had a few good rallies, but Coco’s “rookie” nerves and her lack of experience resulted in two tearful losses in two days. It was simply too much, too soon.

But when it comes to those experiences, most players would agree that you learn more from your losses than your wins.

When it comes to skills, Coco has a big serve, good height (which can’t hurt her serve), and has powerful ground strokes to set up long baseline rallies. But admittedly, she needs to work on her movement and footwork in order to improve her game. Coco has tremendous untapped potential, but hasn’t been able to put it all together in one season—yet.

Luckily, Coco Vandeweghe will be getting an early start on the 2011 season. She was chosen as one of eight men and eight women to compete at the USTA’s 2010 Australian Open Wild Card Playoffs in Atlanta, December 17-19. Vandeweghe won last year’s wild card playoff, which earned her a spot into the main draw of the 2010 Australian Open.

I expect continued improvement from Coco Vandeweghe in 2011 as she develops her game as well as her confidence. But for now, she might have to be known as Coco Vande-wait-and-see.
Posted by Paula Vergara at 8:53 PM No comments: