The 2010 Australian Open: A Look Back 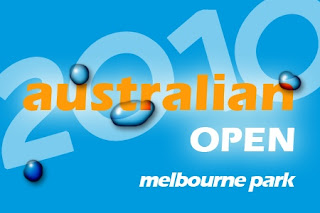 The 2010 Australian Open has come to a close. Trophies have been handed out, fans have washed off their face paint, and players are en route to their next chance at victory. But with every Grand Slam, there are moments that stay with us. Moments that, in many ways, give a tournament its place in history, define a player’s place in it, and give clues as to what the future holds. Let’s take a look back at some of the most memorable moments (as well as some stats) from the fortnight.

Two Weeks to an Overnight Success
China’s Jie Zheng and Na Li captured the world’s attention when they made a historic run to the semifinals in Melbourne. Never before had any player from China made it that far into any Grand Slam tournament in singles. Na Li, ranked No. 17 at the start of the tournament, took out Caroline Wozniacki in straight sets in the fourth round. She then went on to beat Venus Williams in the quarterfinals, and nearly took out her sister, Serena in the semifinals, in a hard-fought, two-set, double tie breaker match. Li has since climbed to No. 10 in the rankings, while her compatriot, Jie Zheng, has taken an even greater leap, moving from No. 35 to No. 20. In addition, Na Li has become China’s first-ever top-10 female player. Zheng and Li’s success could very well inspire a whole new generation of tennis players from China.
Big Names, Early Exits
No one can argue that Kim Clijsters’ third round loss to Nadia Petrova was the most stunning and puzzling upset of the tournament. What’s worse, Clijsters didn’t win more than one game during the entire match. Petrova dismantled Clijsters’ game in just 52 minutes. Whatever was going on between Clijsters’ ears on that day wasn’t the same thing that earned her the 2009 U.S. Open title. Another notable, early loss was by Dinara Safina, who retired due to a back injury in the first set of her fourth round match vs. Maria Kirilenko. And who can forget Maria Sharapova’s first round loss to Kirilenko? The 2008 Australian Open champion racked up 77 unforced errors, in one of the longest women’s matches of the tournament (3 hours, 21 minutes).

Distinctive Records Outshine the Dismal
Statistics don’t lie. Therefore, it should be no surprise that Serena Williams ended the Australian Open as the ace leader, scoring 65 in all. Serena also holds the record for the highest number of Australian Open titles in the Open era (5). On the down side, eventual runner-up, Justine Henin led the pack in double faults (39), indicating that her new serve still needs some adjustments. Jie Zheng had more success with her serves, having one of the highest first serve percentages of the tournament, averaging 78%.

Luck of the Draw
As the No. 1 ranked Australian player on the women’s Tour, Sam Stosur’s “home court advantage” wasn’t the only thing working in her favor. She was able to get to the fourth round of the tournament without facing any player ranked higher than No. 73. That is the definition of lucky. Unfortunately, her luck ran out when she faced eventual champion, Serena Williams in the fourth round. Stosur’s doubles partner, Svetlana Kuznetsova, also had a fairly easy draw, facing two players ranked No. 95 and 118. However, she eventually lost in the fourth round to Nadia Petrova.

Rules Are Rules (But Not Always Followed)
There were a few commentators covering this year’s Australian Open who gave us all reminders that tennis rules are meant to be followed. Pam Shriver was one in particular who seemed to be more vocal about the rules than others. Her frequent complaints and occasional snide remarks about players taking too much time in between points became a source of fodder for tennis fans, but also raised important questions regarding the chair umpires weak effort to enforce the rules. Shriver’s comments were particularly geared towards Maria Kirilenko during her first round match against Maria Sharapova, but continued throughout the tournament. Martina Navratilova, also a bit hyper-critical, called out Justine Henin in the quarterfinals vs. Nadia Petrova, accusing her of receiving illegal coaching from her long-time coach, Carlos Rodriguez. Per the ITF’s rules, on-court coaching during a Grand Slam tournament is prohibited.

The Serbian Slump
Something needs to change for Serbia’s top tennis talent. Ana Ivanovic lost her second round match to Gisela Dulko. Her compatriot, Jelena Jankovic, suffered a third round loss to Alona Bondarenko, who she had beaten nine times in their last nine meetings. Despite working with Darren Cahill to try to make improvements in her game, Ana Ivanovic can’t seem to get back to her winning form, or her serve. Jankovic insists that she simply needs more match play to improve. Let’s hope they can dig themselves out of the slump…soon.


The Russian Resurgence
Nadia Petrova and Maria Kirilenko seem to have taken over where Dinara Safina and Maria Sharapova have left off (for the moment). Petrova, who was ranked No. 3 in 2006 (currently No. 19) is making her own quiet comeback, advancing to the quarterfinals, and taking out Kim Clijsters (easily) and Svetlana Kuznesova along the way. Maria Kirilenko (No. 37), a.k.a., “The other Maria”, who beat close friend, Maria Sharapova in the first round, also made it to the quarterfinals–her best result in any Grand Slam.


Mental Masters
Na Li showed impressive mental strength in the quarterfinal match against Venus Williams when she was down 4-5 (match point) in the second set, and came back to win the match. But, it has been Justine Henin’s return to the game that has not only brought back a level of competition rarely seen since her departure, it is her calm intensity that demonstrates how well she manages the mental aspect of the game. She has only competed in two tournaments since her comeback, yet has made it to the final each time. This time, unfortunately, Serena was too good when it counted.
Posted by Paula Vergara at 1:34 PM No comments: