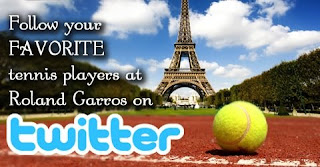 Tennis players may have experienced a loss of fan mail recently—and for good reason.
Twitter has become the next best thing, and web-savvy players are joining the twitterverse, posting real-time “tweets” (or short messages) about their lives, on and off the court.
Player tweets have run the gamut from pre and post-match commentary, to humorous quips about airport adventures, pet peeves, and favorite restaurants. This hot social networking site isn’t just giving players opportunities to communicate directly with fans, it’s become a secret (or not-so-secret) marketing and promotional tool.

Serena’s No. 1 (on Twitter)
Serena Williams (@serenajwilliams) may have fallen back to the No. 2 position on the WTA tour, but she has become one of the most popular tennis players on Twitter. Since typing her first tweet at the end of March, Serena has caused a flurry of excitement with her fans by personally responding to many comments and questions. Serena posted this non-tennis tweet after returning from the Andalucia Tennis Experience in Marbella, Spain: “Hey Guys!!! So, I am home watching Bridezilla…”

I recently asked Serena (via Twitter, of course) how she feels about this new mode of communication. “I am loving Twitter so far,” she says. “It is a cool way to do quick updates and say hello personally to my fans.” By the way, that’s 211,683 fans (and counting).

Tennis Bracelet, Anyone?
Serena’s tweets are usually more than just a quick hello to her flock of followers. Known for her passion for fashion, Serena has been using Twitter to market her new line of clothing and accessories, which recently debuted on the Home Shopping Network. Good business skills…or a good agent? You be the judge.

Serena may be No. 1 on Twitter, but she’s got some competition. Here’s a current list of tweeting tennis players:

Sabine Lisicki (GER) (@sabinelisicki)
Recent tweet: “Had a good time on the court. Getting back into the rhythm. Draw is out, playing against Safarova first round.”

Anne Keothavong (GBR) (@annekeothavong)
Recent tweet: “Match b4 me has had to stop coz a swarm of bees have settled on the net! Fire brigade have been called in to sort it out.”

Edina Gallovits (ROU) (@edinagallovits)
Recent tweet: “Had a good practice with Melanie Oudin! She is always fun to hit with.”

Casey Dellacqua (AUS) (@caseydellacqua)
Recent tweet: “Just finished fitness session at the gym. Off to the hyperbaric chamber now for some recovery.”

Andy Murray (@andy_murray)
Recent tweet: “Thanks for all the messages! I hit with Rafa today. Should be good preparation.”

Bob and Mike Bryan (@bryanbros)
Recent tweet: “It sure would help to speak Italian in Italy. Just ate three dishes that I didn’t order. Delicious stuff though!”

Travis Parrott (@TravisParrott)
Recent tweet: “first round of the French tomorrow…I’m the 5th match on after 11:00am (Paris time)”

Justin Gimelstob (@justingimelstob)
Recent tweet: “My life is a combination of Groundhog’s day and planes, trains, and automobiles.”

Jim Courier (@jimcourier)
Recent tweet: “Sharing locker room w/Mac. Will start intimidating him in 30 mins.”
Note: Jim Courier recently became the first ever to “tweet” (via Blackberry) during his own match on the Outback Champions Tour. Unfortunately, players on the WTA/ATP tours are not allowed to tweet during matches.

Soon, more and more tennis players will be joining the twitterverse…and fans will be following.

On the Baseline (@TennisNews) will be on the lookout for any new tweeting tennis players, so check back here to see which of your favorite players have joined Twitter.
Posted by Paula Vergara at 4:13 PM No comments: 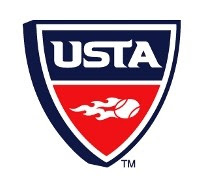 After just 11 months, The USTA has ended its Signature Visa partnership with Chase Card Services, the credit card division of JPMorgan Chase.

The partnership seemed to be a win-win situation, with Chase having an opportunity to increase its customer base, and the USTA adding much needed revenue to its bottom line. In a press release last June, Chase wrote “Every purchase made using the card will also contribute to the USTA’s mission to promote and develop the growth of tennis.”

This split is a blow for the USTA, and could be a sign of financial troubles that could impact the longstanding relationship between the USTA and JPMorgan Chase.

When asked to comment on the split, Mike Fusco, spokesperson for JPMorgan Chase, said “The U.S. Tennis Association Signature Visa is no longer being issued by Chase. JPMorgan Chase and the USTA have enjoyed a strong and valuable relationship for the past 25-plus years. Current USTA cardholders in good standing will be offered another Chase card product upon expiration of their current card. JPMorgan Chase will continue to serve as lead sponsor of the U.S. Open. Additionally, with the USTA, JPMorgan Chase provided more than 8,000 New York City youth with the opportunity to develop their tennis skills in free tennis camps in over 37 parks.” Representatives from the USTA headquarters declined to comment on the split.
Posted by Paula Vergara at 10:51 AM No comments: