Women Who Serve: An Inside Look at the WTA Players’ Council 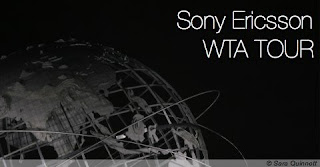 When you think of women’s tennis, you probably think power-serves, thundering backhands, and cross-court winners, right? You probably wouldn’t think that a sport like tennis would need more than a simple book of rules to make it all happen.

In reality, professional tennis is far more complicated than meets the eye.

The game relies heavily on its governing entities to make tennis a sustainable business for all stakeholders (players, fans, tournaments, and media). Within the women’s game, a small group of big-name players are doing their part—working in relative anonymity behind the scenes, negotiating and communicating their thoughts on what is best for women’s tennis, now and in the future.

Before we take a peek inside the Players’ Council, let’s look at how women’s tennis is governed. Back in 1973, the Women’s Tennis Association was established as the governing body for women’s professional tennis worldwide. Since then, three distinct entities have been formed to make up the governance of the WTA: the Board of Directors, Players’ Council, and the Tournament Council.

The WTA Players’ Council is a sub-committee under the Board of Directors. It consists of eight members, representing players in five ranking groups. Venus Williams, Liezel Huber, and Patty Schnyder are just some of the players who have been elected to serve off the court as members of the WTA Players’ Council.

They not only serve as advocates for players in the upper echelons of the game, they are committed to offering a voice for players of all levels. With so many stakeholders involved, the WTA Players’ Council has maintained a pivotal role in the governance of women’s tennis.

Current Players’ Council members by ranking groups are as follows:

(Players’ Council members are allowed to nominate representatives within their designated ranking group, and elections are held annually at the U.S. Open).

Some recent issues negotiated by Players’ Council members are:

Liezel Huber, the No. 1 ranked doubles champion for 2008 has been a member of the WTA Players’ Council for 6 years. When asked about the types of issues she hears most about from players in the 21+ ranking category, she says, “They want more tournaments, or don’t agree with the ranking point distribution or player service issues–like massages should be free or stringing is too expensive.”

In terms of working with the players to collect their feedback, Liezel has an email list of all the players she represents, but she frequently opts for a more personal approach by talking with them directly.

When it comes to her thoughts on the revamped 2009 schedule, Liezel says, “Changes are not easy. It will take time for everyone to get used to it. At the end of the day, it should bring more money into our pockets and give the tournaments a higher playing field. My concern is for the players outside the top 50 who have fewer playing opportunities. Hopefully by 2010 we can add some more events in the weeks where we only have one tournament.”

Justin Gimelstob, who retired from professional tennis in 2007, was elected to serve as an ATP Players’ Board Representative in 2008, and is equally committed to giving a voice to players who otherwise wouldn’t be heard.

Justin says, “Innately, the men’s tour faces the same types of challenges that the women’s tour faces. Tennis has such a unique dynamic, in terms of all the different entities. The challenge is not just getting players to agree, but tournaments, the ITF, Grand Slams, and management companies to all agree. To try and find unity and common ground with those is incredibly challenging. You have to put in a lot of work and you have to really communicate well. You also have to have a level of understanding of tennis that I don’t think a lot of people have. For me, it’s been a very rewarding experience…arduous, and frustrating, but rewarding.”

The WTA Players’ Council isn’t going to solve all of the tour’s problems in the near future, but small victories can add up to big ones over time.

So, the next time you see your favorite tennis player out on the court hitting those winning shots, you may have a greater appreciation for all the efforts of those who are representing them off the court.
Posted by Paula Vergara at 11:39 AM No comments: 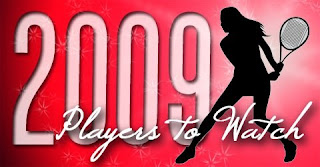 With 2008 coming to a close, it’s time once again to ask the burning question: which tennis stars will shine the brightest in 2009?

This year, I’ve been pleasantly surprised by an up-and-comer who has emerged from the pack. (And no, it’s not another Russian phenom.) When 2008 began, few people had heard of Caroline Wozniacki, an 18-year-old player from Denmark.

But then again, Denmark has not exactly been a hotbed of top-ranked players. With only 2 Danish players in the top 400, I’d be surprised if they had more than 5 tennis courts in the whole country (ok, it’s probably more).

Despite the odds, Caroline Wozniacki has not only become the pride of Denmark, but has quickly become a power-player with top 20 status.

Wozniacki kicked off 2008 ranked at No. 64. During the first few months of the season, she consistently cranked out third and fourth round wins in just about every tournament she entered. But almost out of nowhere, Wozniacki stepped up her game by snagging two impressive WTA victories during the summer season—one in Stockholm, the other in New Haven, and had a solid 3rd round run at the Olympics. Not bad, considering she was the only singles player to represent Denmark at the Olympics.

Wozniacki went on to play (and win) on the big stages like the US Open, making it all the way to the 4th round, losing to eventual runner-up, Jelena Jankovic. She also won her first WTA doubles title this year at the China Open, with doubles partner, Anabel Medina Garrigues, and later won the AIG Japan Open in singles, cinching her 3rd WTA singles title of 2008. Alize Cornet of France, who played (and lost) against Wozniacki at the Pilot Pen says, “If you want to win against Caroline, you have to play at 100%.”

Wozniacki’s rise to the top also coincided with the abrupt retirement of former No. 1 player, Justine Henin. It’s clear that Henin’s departure changed the dynamic of the top 20, leaving the door wide open for up-and-comers like Wozniacki to sneak in. And that she did. Coming off an impressive 2008 season, Wozniacki rose 51 points to end the season at No. 12.

At an age where most players are struggling to find their game, 18 year-old Wozniacki has already outplayed the best of the best, and her powerful, baseline-style game continues to become more of a threat every time she steps onto a court.

Despite her current status as an elite top 20 player, you may be surprised to learn that Wozniacki has never set foot inside of a tennis academy. She came up in the ranks with the guidance of her parents, and is even coached by her father, a former soccer player from Poland.

When asked about her success on the WTA tour, Wozniacki says, “I enjoy playing for a big crowd. When you’re in the finals, you don’t have anything to lose. It’s about enjoying every second.”

As she heads into 2009, Wozniacki is poised to take her game to greater heights. Her final win-loss record for the year (ITF matches included, exhibition matches not included) is 58–20 in singles.

Expect to see great things from Caroline Wozniacki in 2009.
Posted by Paula Vergara at 6:25 PM No comments: 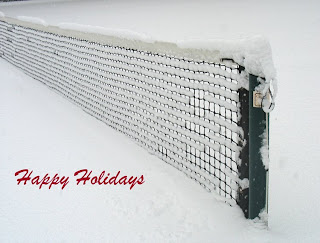 I would like wish everyone a happy, healthy, and safe holiday season!

1) Having more pro tennis tournaments in Boston, although not outside in the snow. (Davis Cup, hello?)

2) Making hot chocolate a staple at all tennis tournaments.
Not everyone drinks coffee, you know.

4) Roger Federer not wearing any more of those rediculous cardigans. Leave the fashion statements to the ladies.

5) Banning screeches and shrieks from players during matches. I prefer to watch tennis...not listen to it.

6) Players not throwing their sweaty towels at ball boys/girls. Would you like to have a gross, sweaty towel hurled at you?

7) John McEnroe switching careers to become an umpire, or even a linesman.

10) Rafael Nadal switching to shorter shorts, instead of sporting the "just below the knee" look. Give the ladies something else to look at.

Feel free to pass along your own wishes for the 2009 tennis season.
Posted by Paula Vergara at 4:12 PM 1 comment: